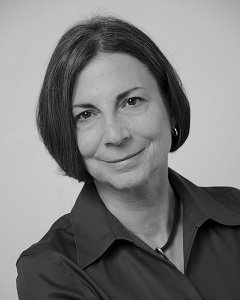 Jean Albright retired from the United States Air Force in 1992, having served twenty years. Her last assignment was at the Great Lakes Naval base on Chicago’s North Shore. Since retiring from active duty, she has worked to increase awareness of LGBT veterans and military members, worked in Chicago and nationally to overturn the “Don’t Ask, Don’t Tell” (DADT) policy, and contributed to building Chicago’s LGBT community through her work with Windy City Times, which she joined in 1994.

Albright served as a member of the board of directors of the Service members Legal Defense Network (SLDN) from 2003 to 2009. She held educational seminars and fundraisers for SLDN throughout her board tenure. In Chicago, she has served in a number of leadership positions with the local chapter of American Veterans for Equal Rights during the fight to repeal DADT. She has also spoken before dozens of Chicago groups—those small in numbers to over 500—telling the stories of how she and others like her served their country’s military under the constant threat of being discharged because of sexual orientation. On radio station WBEZ, she debated Elaine Donnelly, a vocal opponent of allowing lesbians and gays to serve openly.

Albright has participated in and helped to organize the annual city of Chicago Salute to LGBT veterans. In 2007, she was instrumental in bringing Rear Admiral Alan M. Steinman, one of the highest ranking military officers to come out publicly as gay, to be the keynote speaker at that event in support of the repeal of DADT. She also met publicly with elected officials in Washington DC and in their home districts in Chicago and environs to discuss the impact of DADT on service people and on the armed forces, asking the officials to vote for repeal of DADT. In 2005, she successfully worked with a coalition that encouraged the Chicago City Council to support a resolution calling on Congress to pass the Military Readiness Enhancement Act. She continues to speak on the topic of LGBT service members, most recently at a 2014 panel connected with Rivendell Theater’s production of Women at War.

Albright contributed the sections on AIDS volunteers to Paul J. Ilsley’s “Enhancing the Volunteer Experience: New Insights on Strengthening Volunteer Participation, Learning, and Commitment”, published by Jossey-Bass. In 2006, she voluntarily coordinated the work of photographers who contributed tens of thousands of photographs from Gay Games VII in Chicago, helping make them available online and in book and film formats.

During her more than 22 years in Chicago, Albright has worked, mostly behind the scenes, on projects and events that strengthen Chicago’s LGBT communities. She has managed newspaper circulation and posted daily on the Windy City Times (then Outlines) website since 1994. As a reporter and photographer, she has also covered hundreds of community events. (Note: information listed has not been updated since the member’s induction).