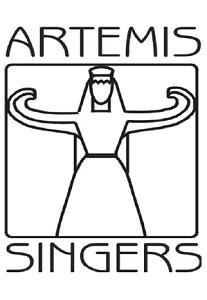 Artemis Singers, the first women’s singing ensemble in the U.S. to explicitly label itself a “lesbian feminist” chorus, is dedicated to performing music written or arranged by women and thus highlighting historical, political, and personal events and experiences common to women. The group continues to perform at lesbian, LGBT, and women’s events today, 29 years after its founding.

Artemis’s initial meeting took place in June 1979. By December 1980 Artemis was formally introduced at the second annual Chicago Gay/Lesbian Community Band and Windy City Gay Chorus concert, “Don We Now . . . II.” And by 1982, Artemis had earned the Paul R. Goldman Award from the early homophile group ONE of Chicago for outstanding contributions in the field of performing arts in Chicago.

In 1982 Artemis also performed at the first gathering of gay and lesbian choruses, at Lincoln Center in New York City, out of which grew today’s international Gay and Lesbian Association of Choruses. Alongside all the men’s and mixed ensembles there, Artemis was the only lesbian chorus to perform, and the other groups were so supportive that Artemis received a standing ovation even before it began to sing.

In 1987 Artemis sang in the historic “A Show of Concern: The Heart of America Responds,” a major fundraising event for the AIDS Foundation of Chicago at the Chicago Theatre, emceed by Angela Lansbury.

Through the years, Artemis has been a mainstay in Chicago’s lesbian-feminist cultural life, performing for groups such as Kinheart, Jane Addams Bookstore, and Mountain Moving Coffeehouse and for events such as Illinois NOW’s state conference and the historic Judy Chicago Dinner Party installation. In 2003 the chorus did a benefit concert in tandem with the Lesbian Community Cancer Project.

Artemis is composed of women with diverse backgrounds who are dedicated to performing music written or arranged by women; to highlighting historical, political, and personal events and experiences common to women; to exposing audiences and singers to music written by women; and to sharing a sense of community with its audiences. (Note: information listed has not been updated since the organization’s induction).