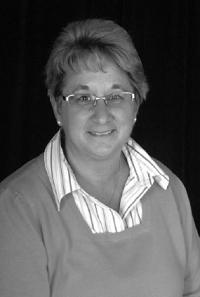 Paula Basta, has embraced a passion for social justice since she moved to Chicago in 1979, working to alleviate loneliness and poverty in the lives of seniors and for LGBT and women’s rights. She currently serves as director of the Chicago Department of Family and Support Services’ Northeast (Levy) Regional Senior Center.

After joining the Chicago Task Force on LGBT Aging in 2001, she worked to bridge traditional aging-network and LGBT organizations, consistently demonstrating a deep understanding of the intricacies of aging-services provision and a unique gift for coalition building.

Basta’s accomplishments in her field are broad. Among other things, she has worked to set new standards for support of LGBT aging work at the Northeast (Levy) Regional Senior Center, providing meeting space for the Task Force and the community as well as a safe space for LGBT seniors at the center. She has shared her expertise with both the Center on Halsted and Howard Brown Health Center, helping them to become congregate meal sites and enabling more LGBT seniors to receive hot lunches during the week, along with safe places to socialize. She has facilitated the provision of crucial testimony before the Chicago Department on Aging (now the Department of Family and Support Services) over the past five years, ensuring that LGBT voices will be heard in public hearings and paying particular attention to the needs of transgender elders.

She also served as president of the Equality Illinois board of directors in 2005–06, at a time when new Illinois human rights legislation was enacted and signed into law. She continued to serve on the Equality Illinois board until June 2009. Her leadership meant that the number of women actively involved in the organization’s work increased substantially, creating a broader tent under which more members of Illinois’s LGBT communities can participate and make a significant difference in Illinoisans’ lives. (Note: information listed has not been updated since the member’s induction).