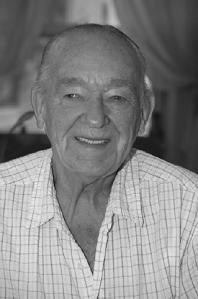 Affectionately known as “Ma” or “Gammie,” Bob Gammie has been an activity organizer and fundraiser in Chicago’s gay community since he took up residence here in 1949. His leadership and commitment to gay Chicagoans—as the consummate “party-boy host” and much more—are today the stuff of legend.

In the 1950s and 1960s, with the exception of a few bars, there were scant opportunities for gay men to socialize in relaxed safety. Gammie became one of the first in Chicago to organize large social activities outside bar settings. Starting with his weekly Tuesday-night barbecues, Gammie moved to organizing softball games for gay men that were grounded in comradeship instead of competition, with team assignments chosen by lottery and no rejections. They would form the basis of today’s Chicago gay softball leagues. He was also one of the first organizers of volleyball games in Lincoln Park, which grew into the Lincoln Park Lagooners— sponsoring camping, river rafting, skiing, and other social events throughout Chicago.

Gammie developed a unique talent for combining fun with fundraising and has tirelessly aided local LGBT organizations. Chief among these was Howard Brown Memorial Clinic, for which he held numerous fundraising parties at his home. By the mid-1980s, in conjunction with the Lincoln Park Lagooners, he was organizing mega-events, such as “Kong in Heat” and “Wash Cycle.” Two of these – “Tropical Lei” and “Cruising the Nile” – were held at the Aragon Ballroom with more than 5,000 attending. All profits went to support Howard Brown, Horizons Community Services, and other LGBT charities. Those who attended still remember them, along with Gammie’s dedication to making them memorable.

Bob Gammie continued his activism through Chicago Prime Timers, where he served for 12 years as a board member. He continued to hold fundraising events at his home and elsewhere. For more than 60 years, he has hosted gala Halloween and New Year’s Eve parties, as well as Thanksgiving and Christmas dinners for gay men, many of whom had no place to go. This selfless, energetic man had been rightfully dubbed the “Perle Mesta” of gay life in Chicago. Mr. Gammie died died January 30, 2014, due to cardiac arrest.