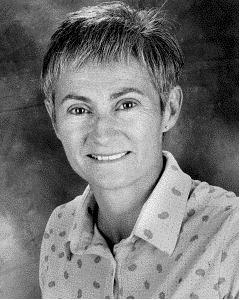 She provided key leadership over two decades in building lesbian and gay athletic programs and organizations and in organizing lesbian and gay teachers. Peg Grey was instrumental in increasing the visibility of gay and lesbian athletic activities in the Chicago area, the inclusiveness of both men and women in competitive and recreational activities and the promotion and visibility of Chicago area gay and lesbian athletes in national and international sporting events.

Grey was the creator, coach, motivator and player in many areas of athletics, both on the field and in organizing committees. She was committed to providing opportunities through competitive athletic activities as a way for gay men and lesbians to foster positive self esteem as athletes and members of Chicago’s gay and lesbian community.

One of her major contributions was the encouragement of greater participation of lesbians in athletics. She was instrumental in creating Chicago’s first women’s sports divisions within previously male dominated sports organizations. In doing so, she and her colleagues created women’s leagues for basketball, softball, tennis and volleyball in 1983, bowling in 1985, racquetball in 1987, and football in 1988.

As a member of Chicago’s gay and lesbian community for decades she was active in numerous organizations. These include serving as a board member of the Metropolitan Sports Association from 1981 to 1991, co-founder and charter member of Frontrunners/Chicago, a participant in the development of “The Race Against AIDS” an annual event held during Gay and Lesbian Pride Week, assisted in the development of the annual Chicago Pride Week Invitational Bowling Tournament, and in 1989 served as a member of the board of directors of the International Federation of Gay Games. She was the first female co-president of the Federation of Gay Games and co-chair of Team Chicago. She passed away Feb. 24, 2007 of complications from cancer.