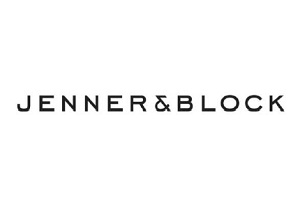 FRIEND OF THE COMMUNITY | Inducted 2011

Jenner & Block LLP, a distinguished national law firm headquartered in Chicago, has long been a leader in advocating for LGBT communities, locally and nationally, in the courtroom and in society. Its work makes the quality of life appreciably better for LGBT individuals in Chicago and the nation.

The firm’s most publicized advocacy was its successful attack against discrimination in arguing Lawrence v. Texas before the U.S. Supreme Court—the most important civil-rights victory of the 21st century in striking down the criminalization of private homosexual acts and paving the way for dismantling other forms of anti-LGBT discrimination.

Well before Lawrence, the firm was a leader in Chicago and among Chicago law firms in supporting LGBT rights. Jenner & Block was the first Chicago law firm voluntarily to submit to the Human Rights Campaign’s Corporate Equality Index and the first to receive a 100 percent score.

Jenner & Block has been and is a constant and generous supporter of many Chicago LGBT charitable and community organizations through its pro bono program and its sponsorship of events. Numerous such organizations have written in support of recognizing the firm’s contributions.

Among other efforts, Jenner & Block successfully represented challengers of petition signatures for an Illinois ballot initiative against marriage equality. It was the first major Illinois law firm to give public support to the Illinois civil-unions bill that later became law, with effect from June 1, 2011. It was co-counsel with the ACLU of Illinois for transsexual persons seeking new birth certificates reflecting their correct genders. It joined in challenging a Wisconsin statute that prevents mental-health professionals from prescribing hormone therapy and sex-reassignment surgery for inmates diagnosed with gender identity disorder. The 7th U.S. Circuit Court of Appeals in Chicago decided August 5, 2011, that the statute is unconstitutional.

The firm successfully argued in the U.S. Supreme Court for a public university’s right to deny funding to a religious student group that excluded LGBT students from members. It collaborated on a U.S. Supreme Court brief that led to a decision against keeping secret the identities of those who sign ballot-initiative petitions. It helped to secure a Massachusetts federal judicial decision that Section 3 of the so-called federal Defense of Marriage Act unconstitutionally denies equality to same-sex couples, taking a major step toward what is hoped will be that law’s ultimate invalidation.

Jenner & Block’s years of exemplifying LGBT equality and advocating for it have earned it a permanent place of honor among LGBT Chicagoans. (Note: information listed has not been updated since the firm’s induction).