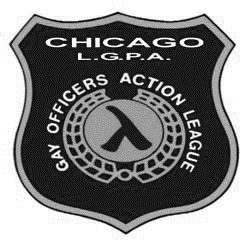 The Lesbian and Gay Police Association–Gay Officers Action League (LGPA–GOAL) was founded in 1991 by four Chicago Police Officers: Mary Boyle, Dorothy Knudson, Sue Sasso, and Karen Conway, who felt that it was time that lesbian and gay police personnel had an organization of their own.

Known in those days as the “Lesbian and Gay Police Association” (LGPA), the group’s original purpose was to provide support for gay and lesbian police officers, who were mostly closeted at the time. The LGPA was dedicated to promoting solidarity and upholding Human Rights, providing support and social interaction for its members, and promoting understanding between the police and Chicago’s LGBT communities through education, communication, and charitable acts. Among its many achievements, the LGPA—as it was known between its founding and 2005—sought and won the right to wear the Chicago Police Department (CPD) uniform in annual Pride Parades; earned the right to post LGBT related notices in the police bulletin; fought against inter-departmental discrimination toward LGBT officers; earned the support of the Fraternal Order of Police (FOP) Lodge for their sponsorship of the Pride Parade float; worked with the FOP and City attorneys to include sexual orientation in a CPD contract non-discrimination clause; participated in hearings on domestic partner benefits before the Chicago City Council; and supported the effort to bring the 2006 Gay Games to Chicago.

The Gay Officers Action League (GOAL) was brought to Illinois from New York in 1995. Its first actual float in the Pride Parade was the GOAL-Illinois entry in 1995; before that the LGPA marched behind the Superintendent’s car. In 2005, the original LGPA merged with GOAL; since then the combined organization has been known as the Lesbian and Gay Police Association–Gay Officers Action League. The move opened up membership to firefighters, public safety officers, and associate members, benefiting the organization by improving infrastructure, expanding support, and affording cooperation with outside agencies. Since the merger, in addition to assisting in the coordination and design of LGBT Training Videos in order to educate and ensure that CPD members are sensitive to the city’s LGBT communities and LGBT officers’ concerns, the group has, among other things: supported and promoted the 2008 Oscar-winning short documentary film “Freeheld;” worked with the 2006 Gay Games and provided volunteer security officers for the event; provided meetings, social events, and fundraisers for its members, including the annual Halsted Market Days booth and Pride Parade float, where members participate wearing department uniforms; worked on acquiring pension plans for same-sex partners and spouses; promoted and sponsored numerous charity events supporting fellow officers; and supported LGPA–GOAL members against unjust or discriminatory actions encountered within the workplace or elsewhere.

LGPA–GOAL is thus extremely well-established and highly regarded as an important community organization and resource, and is thus more than worthy of induction into the Chicago Gay and Lesbian Hall of Fame. (Note: information listed has not been updated since the organization’s induction).