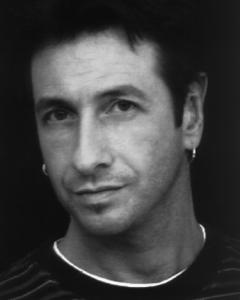 The first true test of his leadership came as Chicago chairperson for the 1987 National March on Washington Committee. Gay and lesbian Chicagoans, like others across the nation, were gripped by growing despair in the face of AIDS, and Salvo was convinced it could be dispelled if enough people took their rightful place at the largest community gathering in history. Salvo’s small committee succeeded in motivating an estimated 5,000 Chicagoans to go to Washington. Within six months, the number of local groups is said to have doubled. Two years later, there seemed to be hundreds of gay and lesbian organizations thriving in Chicago. His vision for change had come to pass.

After the march, Salvo helped to found the Lesbian/Gay Progressive Democratic Organization and, through LGPDO, became one of the founders of IMPACT. In 1988, he joined the NAMES Project host committee to bring the first AIDS Memorial Quilt display to Navy Pier. And, when those who had volunteered with him sought to turn their grief into action, Salvo joined in establishing Open Hand Chicago’s meals-on-wheels for those with HIV and AIDS.

In 1993, Salvo signed on to help organize another March on Washington: designing T-shirts and buttons; directing and producing a music video to promote the march; distributing thousands of posters and postcard invitations; and hosting a huge Park West benefit to raise money so that 35 PWAs could make the trip. An estimated 10,000 people from Chicago went this time.

In 1995, Salvo co-founded Gay and Lesbian Building and Trade Professionals, now a part of the Gay and Lesbian Chamber of Commerce. GLBTP now serves as a mechanism for gay and lesbian people in the building and design trades to refer work to one another and advertise their services to the large lesbian and gay market in the metropolitan area. Besides maintaining GLBTP’s network, Salvo has served on the board of the Chicago Area Gay and Lesbian Chamber of Commerce and works closely with the Chicago Professional Networking Association (CPNA) to develop and strengthen a unique synergy among the combined 650 members of the three professional groups.

Since 1996, as a freelance contributor to Nightlines magazine, Salvo has written dozens of thought-provoking essays exploring the diversity of gay people, analyzing politics, and reflecting on the love and loss of family and friends. Drawing on observations from his own experiences and from the many persons with whom he has served, Salvo continues to call on us to put aside our differences and remember each other’s humanity before we lose sight of our shared history altogether. (Please note: this information has not been updated since the time of the member’s induction).