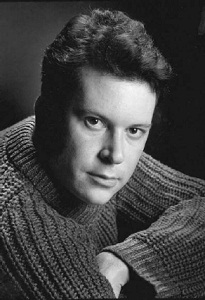 After reading And the Band Played On, Brett Shingledecker was moved enough to commit to being an active participant in LGBT community. He suggested to Carrie Barnett that they open a gay and lesbian bookstore. Soon after, Shingledecker constructed the business plan. When he and Barnett went to the bank for a loan, Shingledecker said to Barnett, “Don’t say it quietly. Don’t say it with shame. Simply look them in the eye and say, ‘It’s a gay and lesbian bookstore.’ If you’re proud and sure, they won’t have any choice but to take you seriously and treat you with respect.” They got the loan.

The store became not only a source of books for thousands of customers but also an LGBT community information center, and it donated gift certificates to numerous organizations. Located at first on North Clark Street near West Buckingham Place, People Like Us opened in 1988 and soon became more than a place of business. To them, it became a sacred trust. Shingledecker was adamant that the store provide a place where anybody and everybody would feel safe to come and explore ideas and literature about gay, lesbian, bisexual, and transgender people. As a result of his and Barnett’s commitment, it was often the first stop many people made when visiting Chicago.

Shingledecker also believed deeply that communities are stronger together than apart, and to that end the store’s inventory mixed lesbian, gay, bisexual, and transgender literature in an unprecedented way. Instead of Lesbian Fiction and Gay Fiction, People Like Us had Fiction. Instead of designating Poetry by sexual orientation or gender, there was merely a Poetry section.

As Shingledecker’s brainchild, the popular store was an integral part of emerging LGBT communities from 1988 to 1997. The two owners soon found themselves becoming activists as well as booksellers. Shingledecker spent much time suggesting titles to their patrons, but, more than that, he spent hours talking to people about community and building bridges of understanding between people.

People Like Us also provided a meeting place for various organizations and a popular venue for book signings, lectures, and discussions. The list of groups that benefited from People Like Us donations and raffles is long. Under its owners’ guidance, the store also served as a ticket outlet and a retail space for non-print pride-promoting merchandise such as T-shirts, buttons, pins, and flags.

Because of Shingledecker’s unique and passionate vision, the landscape of Chicago’s LGBT communities became richer, and the sense of unity during a crucial period of history was strengthened. (Note: information listed has not been updated since the member’s induction).