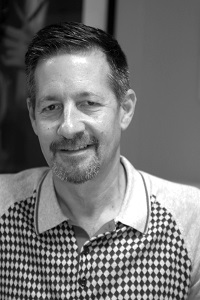 Since starting practice with Dr. Thomas R. Klein in 1984, Dr. Ross A. Slotten has achieved a long history of representing and advancing the interests and wellbeing of LGBT communities through his medical practice. Slotten was among the earliest physicians providing sensitive and caring services at Chicago’s original Howard Brown Memorial Clinic. He donated countless hours of work to Howard Brown in its relative infancy.

Within a year, Slotten found himself at the epicenter of the looming HIV crisis. Then, few doctors were providing care to gay men. Many closed their eyes to the crisis and avoided providing services to people in desperate need. There was little science on which to rely at that time, and there were no tests to help providers understand what they were facing. However, Slotten, along with Klein, provided supportive medical and personal care for hundreds of men, as well as their families and friends, who were facing the grimmest medical crisis in their lives.

During one’s medical career, few persons are able to see the beginning of a major health crisis and its lethal effects on an entire community, yet 30 years later see a major shift from hopelessness to the promise of relatively normal life expectancy for most people affected. Slotten has been involved in every phase of HIV disease. He was one of the first doctors to provide AZT, in 1987. He was involved in every new Phase III medical trial in an effort to give patients the latest, often life-saving treatments even before FDA approval. During those earlier years, Slotten also received his master’s degree in public health and published his first paper on HIV transmission patterns in Namibia.

He has served as a board member for several Chicago-based HIV service agencies. He is a faculty member in the Department of Family Medicine at St. Joseph Hospital, where he has been a role model for at least 150 interns and resident primary-care physicians, who leave their training with strong foundations to provide first-rate medical care for persons with HIV.

Slotten has also published a highly regarded 2004 biography of Alfred Russel Wallace, a colorful Victorian genius who discovered natural selection as Charles Darwin also did but who later disappeared into footnotes while Darwin’s fame persisted. In so doing, Slotten, a scientific pioneer himself, clearly recognized the worth of another. (Note: information listed has not been updated since the member’s induction).