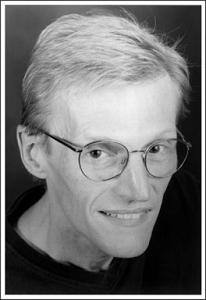 A native Chicagoan, Rene Van Hulle was best known as a bartender, manager, and owner of storied clubs, from Broadway Sam’s and the Trip to Little Jim’s, the Lucky Horseshoe, and Annex 3 and was vigorously active in community organizations and instrumental in many of their fund-raising projects. He co-founded the Tavern Guild of Chicago and for years helped to raise community center funds, sponsored sports teams, and supported Chicago House. Whether assisting as auctioneer at Little Jim’s, playing “drag diva” in the “Dragocious” revue, running for Empress in 1980, mud-wrestling at His ’n Hers, or having a pie tossed in his face at Big Red’s, he displayed determination and dedication that was an asset for the organizations he helped to found and administer.

His first activism in Chicago’s LGBT community was when he was asked to be a marshal for the 1977 Anita Bryant protest rally at Medinah Temple. That involvement eventually led the management of Broadway Limited, a popular dance bar, to appoint him as its delegate to the then-recently formed Gay and Lesbian Coalition of Metropolitan Chicago. In discussions with fellow service industry employees, Van Hulle was invited to a founding meeting of the Tavern Guild of Chicago. He was elected to its first board as secretary and served in numerous capacities for 11 years. In his first term as president, his bar crawl bus was dubbed “Air Force One,” and he was affectionately nicknamed “First Lady of Tavern Guild.”

After the murder of fellow bartender Frank Rodde in April 1977, Tavern Guild incorporated the Frank M. Rodde III Memorial Building Fund to establish a much-needed community center. Van Hulle once again served on its founding board and helped to organize fund-raisers that ended up collecting more than $120,000.

In the early years of Gay Chicago Magazine, Van Hulle wrote a gossip column under the pseudonym Heidi Snoop. He also enjoyed bowling and softball, at one time sponsoring the Belmont Bruisers, a team that probably still holds the poorest record in Gay Athletic Association history.

In the early 1990s, Van Hulle briefly served on the board of Chicago House and Social Service Agency. He resigned from that post to address new business demands and to care for his ailing partner in life.He later moved to the Buena Park neighborhood. After a brief recuperation period, he returned to work at the Annex 3 bar, once again ready to serve the community he loved. He passed away Feb. 27, 2007, he was 53.