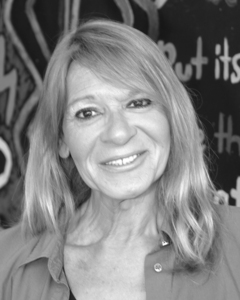 As a child, Maritxa Vidal immigrated from Cuba with her family hoping to find a better life. Ms. Vidal is a longtime advocate for human rights, specifically the rights of LGBT individuals. She is currently the president of the TransLatin@ Coalition – Chicago Chapter. She is also the Midwest lead of the national organization. Through this group, Ms. Vidal organizes and strategizes with other TransLatin@s to improve systems that are not inclusive of trans and gender non-conforming individuals. In 2015, Vidal was part of a demonstration that stopped the U.S. Conference on AIDS and demanded future trans inclusion.

In 2016, as part of the national “Embrace Me I Am Trans” campaign, Vidal organized TransLatin@ members to have a Michigan Avenue demonstration. She collaborated on a Chicago march and vigil for Trans Lives Matter Day of Action, and organized and led the World AIDS Day march and vigil in Humboldt Park.

Vidal has also demonstrated a deep commitment as a health educator, counselor, and activist. She is currently the Director of Health Education, Community Outreach, and Marketing at the Puerto Rican Cultural Center-VIDA/SIDA and has been with the organization since 2001.

Maritxa Vidal has co-facilitated a Gender, Sexual Diversity, and Immigration Workshop at the Mexican Consulate. In 2015, she became the first transgender person to receive the Harvey Milk Award for contributions to LGBTQ equality. In 2014, she received the Henrietta Lacks Righteous Contributor Award for her long-term commitment to social justice, and the year before received the Honorary Cacia Queen crown for activism on LGBT human rights within Chicago’s Latino community. Ms. Vidal was also the first transgender person to receive the Chicago Theological Society’s Peacemaker Award for outstanding commitment to reconciliation through non-violence in the Humboldt Park Community. (Note: information listed has not been updated since the member’s induction).